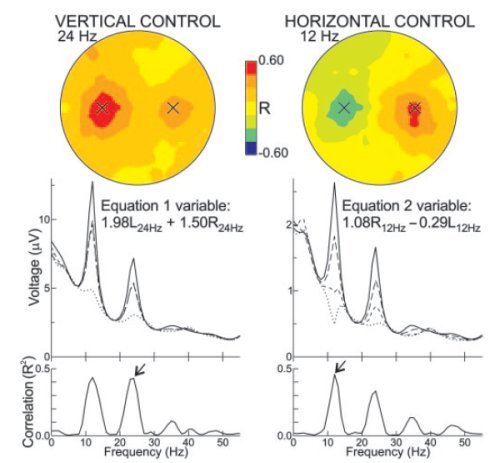 The new filter is called DeltaRuleAdapter. It implements the Delta Rule, a gradient descent learning rule, in order to minimize the error.

The filter takes the current weights from the classifier at the beginning of each trial, and then updates them iteratively in his buffer according to the Delta Rule along the trial duration. At the end of the trial, it updates the classifier's weights. There are currently two different types of adaptation.

The first is based on positional error at each sample block. At each iteration, the new predicted position is computed, and the error is the distance from the target position:

where "predicted" represents the output of the linear classifier with the current weights. This kind of adaptation is more intuitive, but since the cursor starts each trial at the center of the screen, large errors are always present, leading to unnecessary weights adaptations. The filter offers another possibility: adaptation on directional error