We have several boards: the main board control every functionality of the fish and contains a microcontroller unit (PIC18F4431), un Inertial Measurement Unit (ADIS16360), a thermometer sensor for internal temperature (ADT7301), a circuit to detect battery status and all connectors to the other boards.

The pressure board include an SCP-1000 SPI sensor to check pressure informations and external temperature. In the proximity board there are the Sharp GD2P120 Ultrared sensor to control the distance between robot and obstacles and four photoresistor to detect the position of light coming externally. Final board is the actuator board used to control fin movements and check fin's current. This value is send to microcontroller which decides autonomously if this current should be increased or decreased.

Below are shown all the schematics and first test circuit, based on a 555 chip. 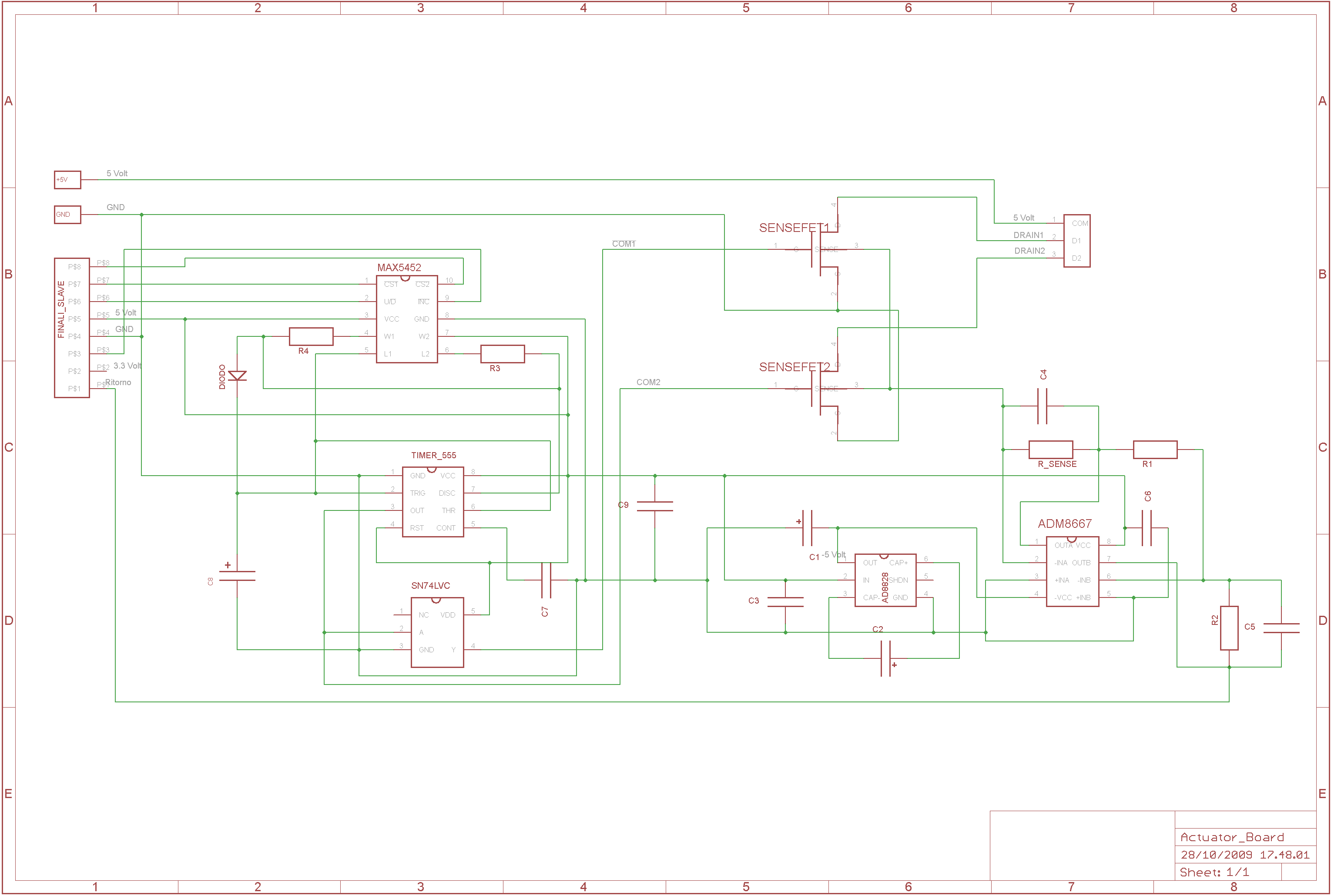