The first two images below represents the early proposed mostly flat design, and a step of the manufacturing of a "master" hull component in a modeling clay. The third image shows a simple prototype made of polyurethane foam, tethered to the tank for power supply. It can be noted the original configuration of the tail components, which were mounted in a horizontal fin arrangement with two parallel actuators. 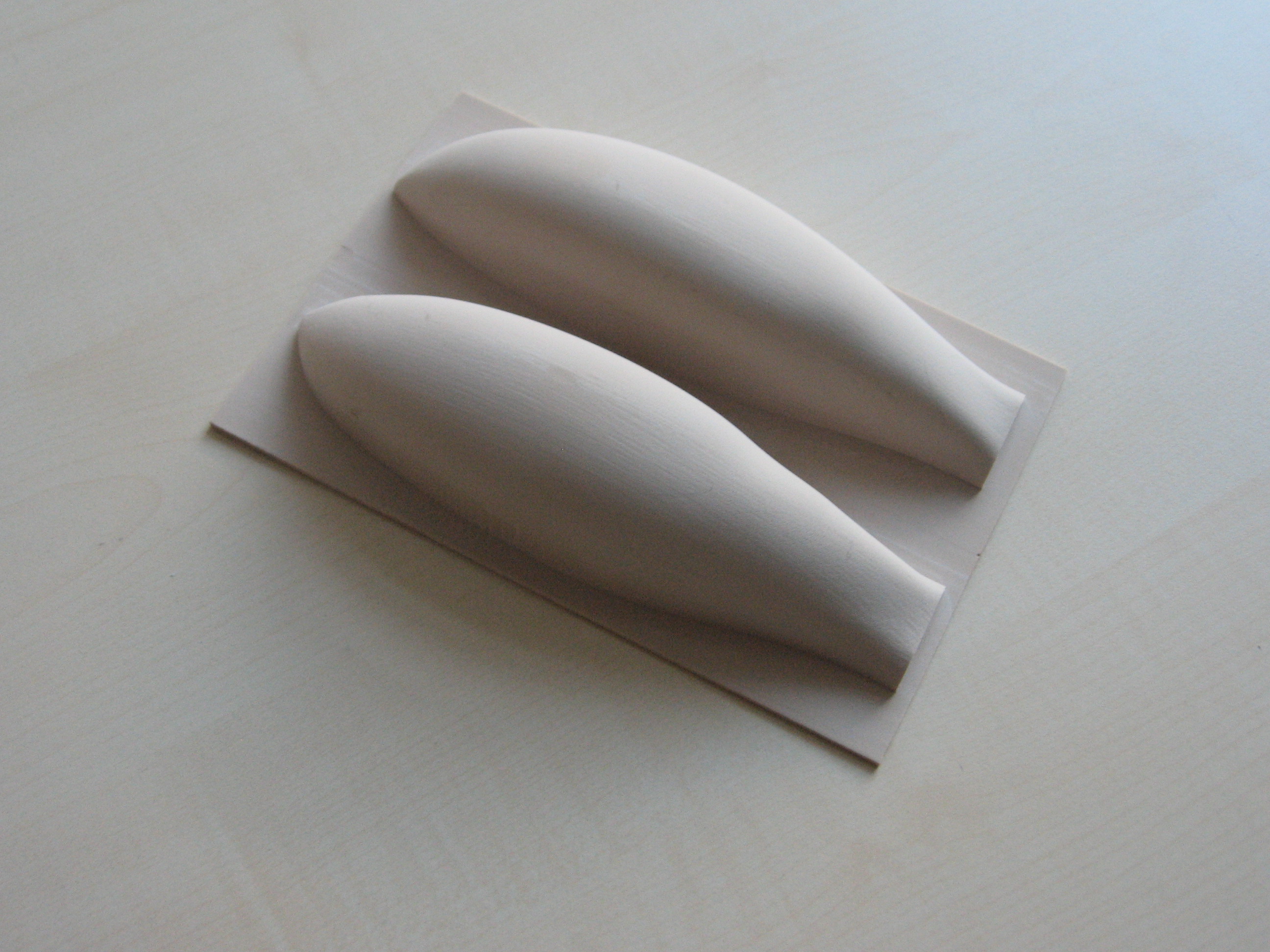